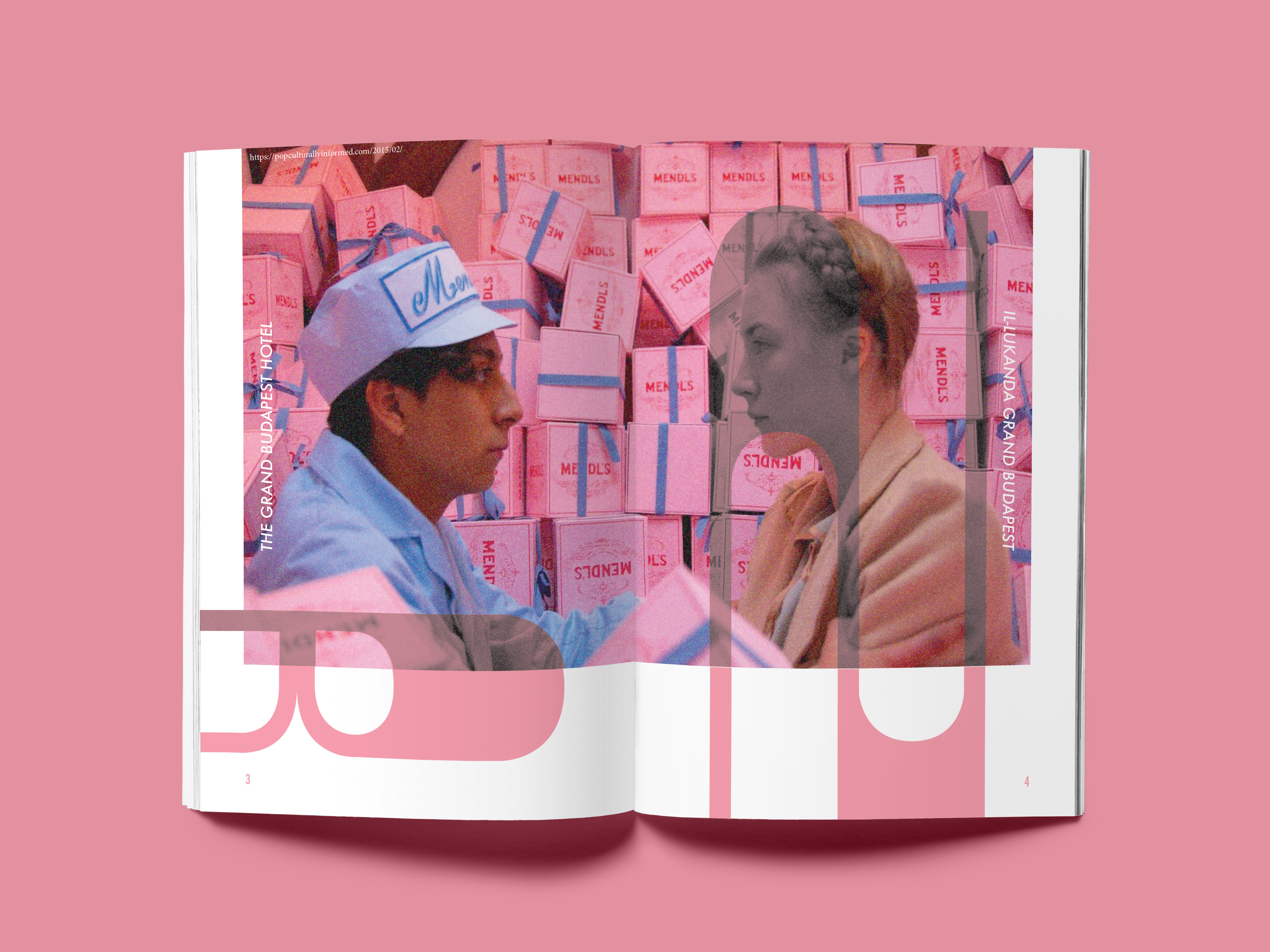 Overview
A Wes Anderson
Film Festival
Inspired by the cinematic creations of Wes Anderson, this two-part series was created to showcase some of the director’s most idolized works as if they were to be presented at a film festival. Through the exploration of typography and imagery, the pieces aim to capture a range of emotion evoked through Anderson’s films, while informing the projected audience about events that are taking place throughout the festival.

The poster’s design consists of a quote from The Darjeeling Limited in a hand drawn, custom typeface inspired by the whimsical journey taken by three brothers in the storyline of the film. The colour palette of the poster is reminiscent of the visuals presented throughout the film.
‍
The program is a bilingual booklet that presents a synopsis of each film being screened at the festival, as well as the necessary information users would need to navigate events.  Visuals for the booklet include the continuous use of the typeface found on the poster, accompanied by edited stills of Anderson’s various films. 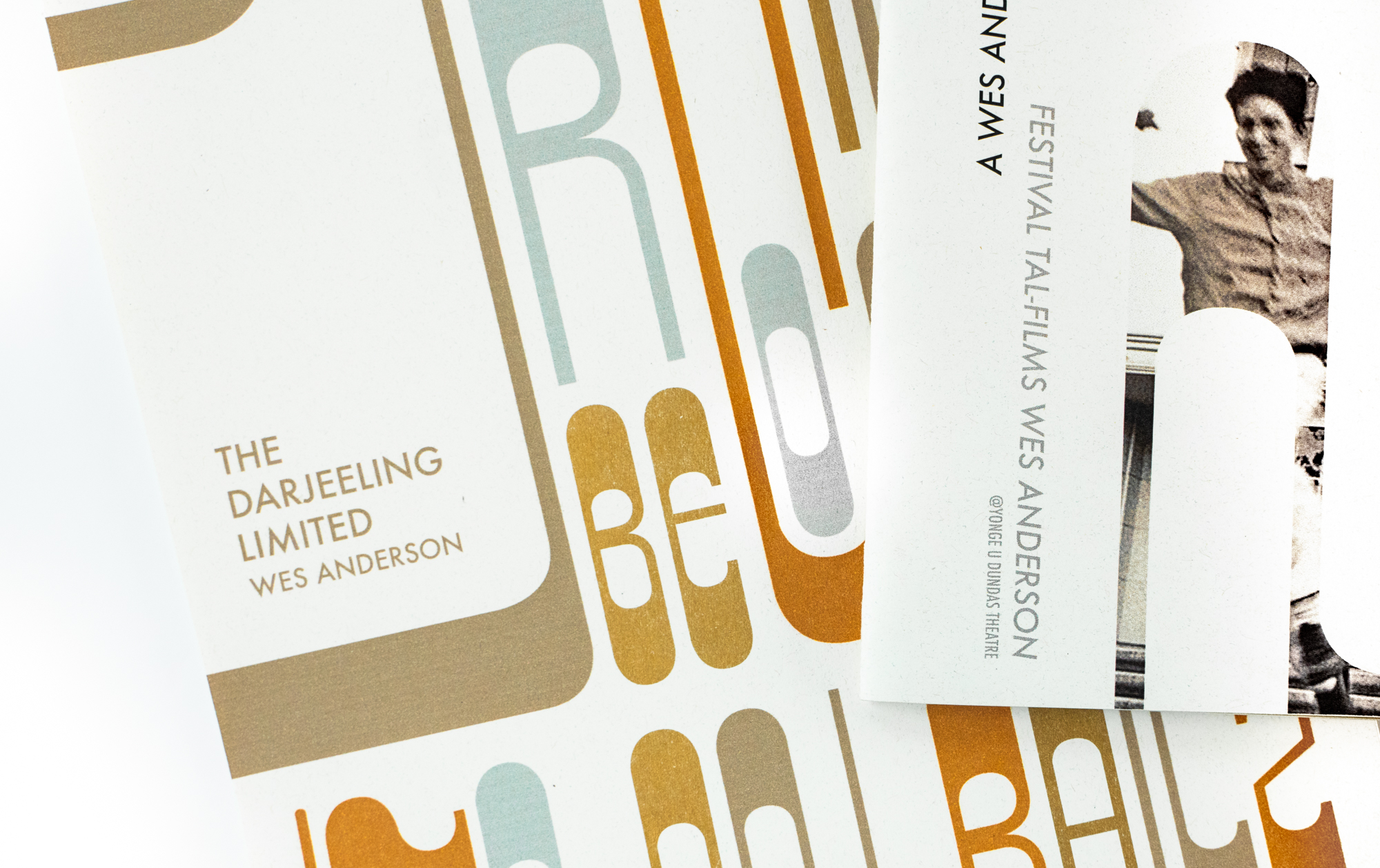 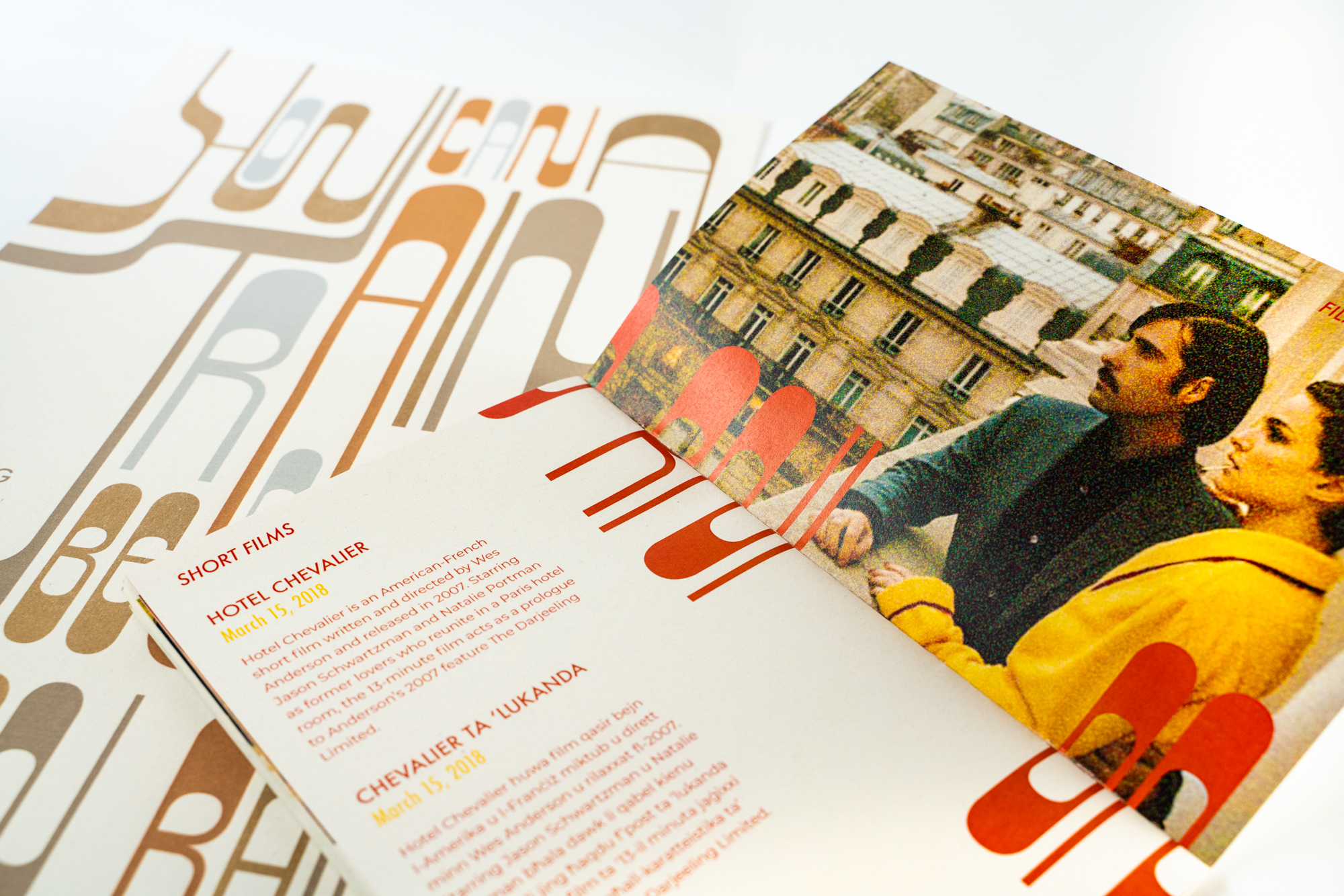 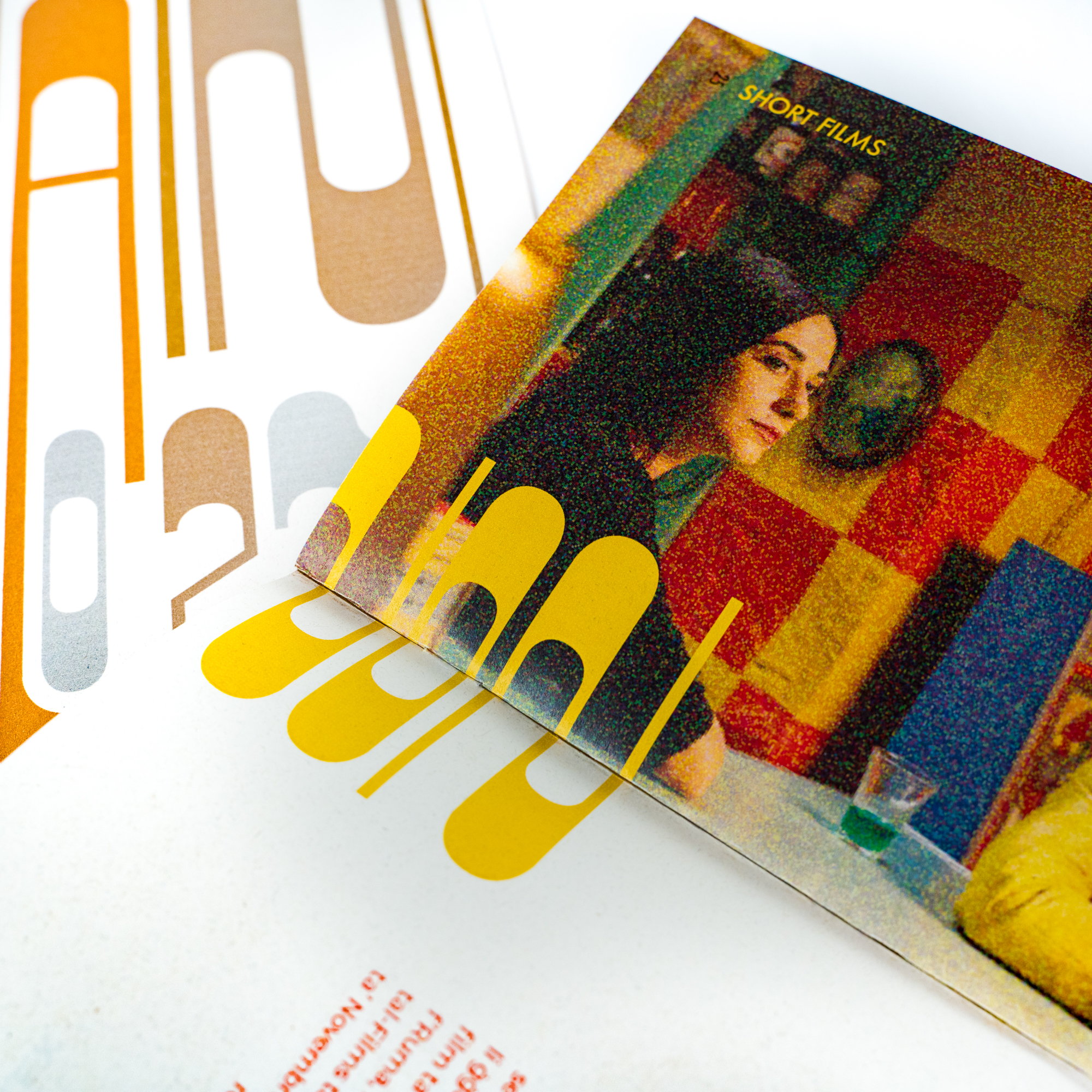 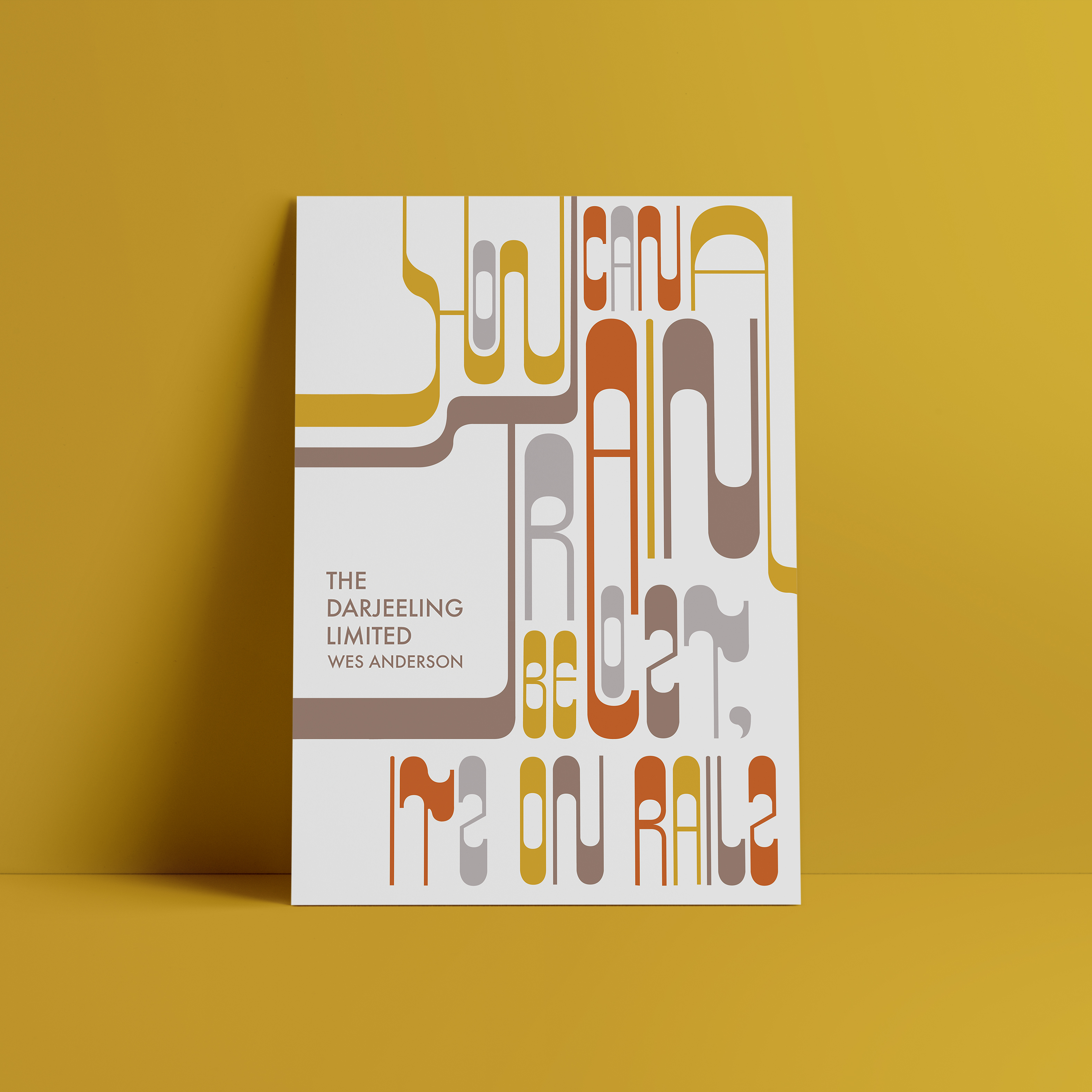 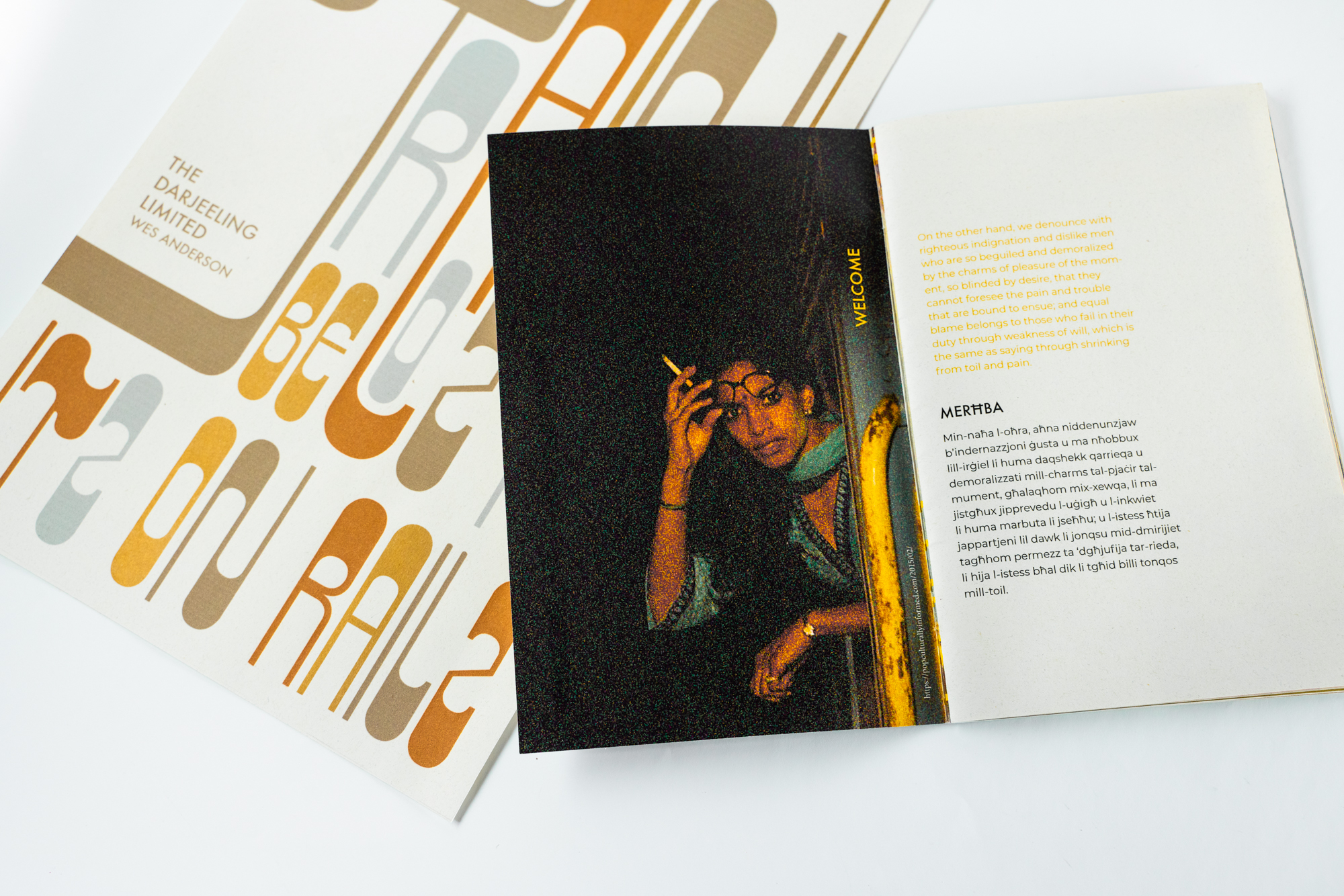